Skip to content
Home PC Builds Best Gaming PC Build Under Rs. 20000 In 2021 [Intel Based]
Please Note: Due to the COVID-19 Pandemic, prices have skyrocketed so bad so it’s recommended for you to wait for the time to come normal before building your PC as you’ll have to spend double the amount of the original price. It’s worth noting that we’ll list the MRP Price of the component so the current price at Retailer’s site might vary.

In this article, we have listed the components required to build a Gaming PC under 20000 in June 2021, Since not every has the budget or don’t want to spend much on PC builds, you might think to build a cheap Gaming PC Build under 20000, which is enough to do office work, and play some small games.

We have tried to give you the best possible components for Gaming PC under 20000, since you know that prices of PC Hardware have skyrocketed, we had to keep the budget in check against the required performance.
So let’s get a look at the components we are considering for our best Gaming PC Build Under 20K.

Summary of components for Best Gaming PC Build Under 20000

Price: Rs. 3,438
Considering our budget for the PC Build, we are going with 8GB of RAM, Simmtronics 4GB x 2 DDR3 modules, offering 1333MHz of speed.
We are using 2 modules of 4GB DDR3 RAM, as two-channel modules are recommended over a single module, as it gives us increased Read and Ride Speed. 8GB of RAM will be sufficient to manage the compute of our Gaming PC Build under 20000.

Price: Rs. 1,719
Seagate 500GB is a SATA 3.5-inch Internal HDD, providing 500GB storage speed, 5400 RPM of speed, and 16MB of cache buffer size.
If you need a higher and longer life span, you can go with an SSD instead, but that will increase the budget by Rs. 2-3K, so if you need an SSD instead you can go with WD Blue 500GB Internal SSD. Considering our Gaming PC Build under 20000, going with 500GB storage is the right option.

Price: Rs. 1,236
Heating issues in the Gaming Cabinet doesn’t make the computer runs slower sometimes, and do ensure that there a regular flow of air, we are adding two Case Fans from Ant Sports, along with providing a regular airflow, Case fan comes with the RBG lighting so they make your PC look great.

Price: Rs. 1,236
Last but not the least, finally comes the PC Case. Where we install all our Components: GPU, CPU, Motherboard, and so on. It is very important to choose the best PC Case, especially for a Gaming PC. Corsair Carbide SPEC-05 Mid-Tower gives the required features and functionalities for our Gaming PC Build Under 20000.
It is very important to Choose a PC Case with Good Airflow and Looks. So we’ve chosen the Corsair Carbide SPEC-05 Gaming PC Case. It has good airflow as well as awesome looks. Also our MATX Motherboard, and GPU can be fitted very easily in this Gaming PC Case.

The main thing that needs to be considered is BUDGET. You need to first check what will be the maximum budget your parents, or your pocket allows you. You’ll not get a 4k Gaming PC just by putting some ₹20,000 on a Custom Build. The performance of your pc will depend on how much you are investing, and in our case, it’s too low.
Also, due to the current situation of the Pandemic that led to a shortage of stocks in the PC Hardware Market, the prices of all types of components are at their worst. Some of them are even selling at double their prices. So it’s worth waiting for the prices to normalize as you’ll have to spend ₹1 Lakh on a pc that you can get for ₹50,000 in normal times. Even though the situation is worst, the prices are returning on track slowly-slowly and we try our best to keep the components and their prices up-to-date by checking our Articles from time to time.

It’s worth making sure that your pc is upgradable. Any PC will not last forever as you’ll have to upgrade your components at some point. So you may try to select a motherboard that is compatible with the future upgrades you do, and a big-enough pc case to support your future graphics cards.
We already do this in every of our PC Build Guide, but unfortunately not this time. As this is a cheap PC Build we can’t add a motherboard that is compatible with the latest Processors or Graphics Cards as that will make the build extremely out of budget.

Gaming PC Build is not complete without RGB’s or Good Looking chassis. Just like the performance, the aesthetics of the build depends on how much you put into your build. We aren’t using a good looking PC Case due to the budget restrictions but there are many RGB PC Cases with Good Looks available on Amazon. If you want you can spend a little bit more and get your hands on them.

Summary of components for Best Gaming PC Build Under 20000

It’s always better to get your pre-built Gaming PC from a trusted brand only. As they will be the best in Performance, Looks, and warranty also. Here are the best Custom PC Build Brands
Must note Custom PC Build brands:
That’s it for this article, We hope you liked the article, If you did leave a comment, and follow us on Twitter, YouTube, and Instagram for Latest Tech and Gaming Updates new blogs.
(Visited 1 times, 1 visits today) 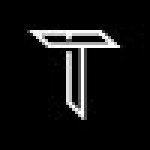 Best Processors Under 15000 For Gaming | TechNeg

Best Graphics Card under Rs. 10000 For Gaming – As Per Current Prices