Building a Gaming PC is not that hard, but sometimes it can get tricky. That’s why some people decide to go with Prebuilt PCs. But going towards a Prebuilt PC is not worth it as they offer very little performance as compared to the performance you can get from a custom PC build at the same price.

But sometimes it can be difficult to decide between what PC parts to choose and what to not especially if you have a tight budget. To help you, we’ve catered a list of the Best Components you need to build a Gaming PC Build Under Rs. 30000.

This 30k Gaming PC Build build is enough to play most of the AAA title games on 1080p 60 FPS, but first, take a look at the summary of Components we’ll be using for this PC Build.

[Note: The Parts Used In this pc build are up-to-date and latest.] 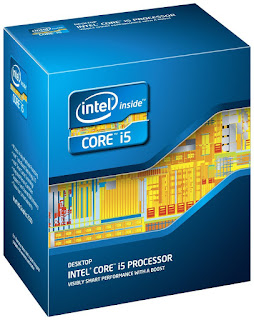 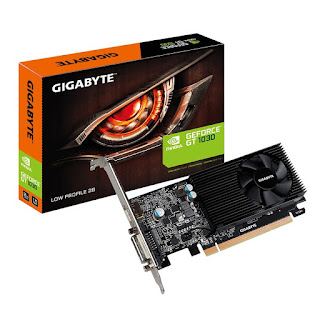 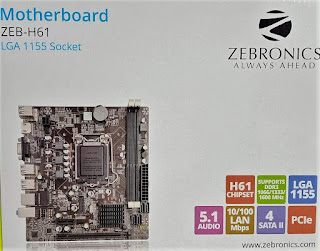 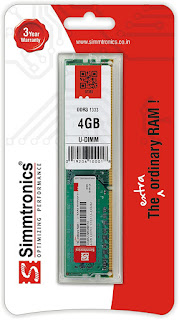 Price: Rs. 3,438
Considering our budget for the Gaming PC under 30000, we are going with 8GB of RAM, Simmtronics 4GB x 2 DDR3 modules, offering 1333MHz of speed.
We are using 2 modules of 4GB DDR3 RAM, as two-channel modules are recommended over a single module, as it gives us increased Read and Ride Speed. 8GB of RAM will be sufficient to manage the compute of our Gaming PC Build under 30000. 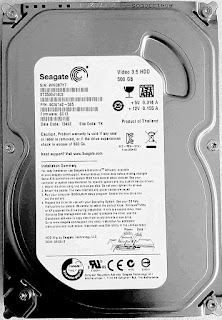 Seagate 500GB is a SATA 3.5-inch Internal HDD, providing 500GB storage speed, 5400 RPM of speed, and 16MB of cache buffer size.
If you need a higher and longer life span, you can go with an SSD instead, but that will increase the budget by Rs. 2-3K, so if you need an SSD instead you can go with WD Blue 500GB Internal SSD. Considering our Gaming PC Build under 30000, going with 500GB storage is the right option. 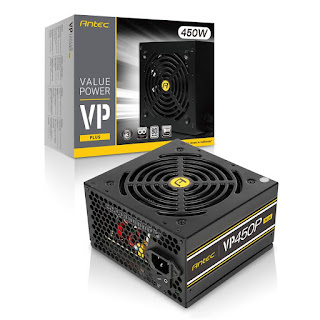 At this budget, this PC case is a good option, however, this PC case doesn’t come with built-in RGB Fans or lights but we are adding 3 Ant Esports RGB Fans to make it colourful. For Airflow it has 1 Fan on the backside, 3 slots for Fans on the top.

Various factors affect the choice of a person before going to make a purchase. It varies by a person’s choice or the type of use. Anyway, here are some of the basic things that you need to consider before going to buy any of these components or building a custom pc.

The main thing that needs to be considered is BUDGET. You need to first check what will be the maximum budget your parents, or your pocket allows you. You’ll not get a 4k Gaming PC just by putting some ₹15,000 on a Custom Build. The performance of your pc will depend on how much you are investing, and in our case, it’s too low.
Since this is a Budget Gaming PC Build under 30000, you can’t play high-end games on Ultra Settings. You have to manage with 40-60 FPS at low settings in most of the games which is quite impressive for this price segment.
Also, due to the current situation of the Pandemic that led to a shortage of stocks in the PC Hardware Market, the prices of all types of components are at their worst. Some of them are even selling at double their prices. So it’s worth waiting for the prices to normalize as you’ll have to spend ₹1 Lakh on a pc that you can get for ₹50,000 in normal times. Even though the situation is worst, the prices are returning on track slowly-slowly and we try our best to keep the components and their prices up-to-date by checking our Articles from time to time.

It’s worth making sure that your pc is upgradable. Any PC will not last forever as you’ll have to upgrade your components at some point. So you may try to select a motherboard that is compatible with the future upgrades you do, and a big-enough pc case to support your future graphics cards.
We already do this in every of our PC Build Guide, but unfortunately not this time. As this is a cheap PC Build we can’t add a motherboard that is compatible with the latest Processors or Graphics Cards as that will make the build extremely out of budget.

Gaming PC Build is not complete without RGB’s or Good Looking chassis. Just like the performance, the aesthetics of the build depends on how much you put into your build. We aren’t using a good looking PC Case due to the budget restrictions but there are many RGB PC Cases with Good Looks available on Amazon. If you want you can spend a little bit more and get your hands on them.

With the increase of Gaming trends, overclocking is getting easier and easier day by day, as the companies make their hardware more overclocking friendly. It’s a great way of extracting some extra juice from your pc, but be careful and do everything right and if you don’t know how to do it, then get some assistance, otherwise you’ll end up blowing up your pc.

SATA Stands for Serial ATA which is a computer bus interface to connect motherboards to SATA HDD’s, SSD’s, and Optical Drives. SATA also have its different types which are as follows:SATA II: It is a Second Gen Interface running at 3.0 Gb/s, supports up to 300MB/s bandwidth and a maximum cable length of up to 1 meter.SATA III: SATA 6 Gb/s is a third-gen SATA Interface running on 6.0Gb/s. It supports up to 600Mb/s of bandwidth and a cable length of up to 1 meter. It’s worth noting that SATA III is backwards compatible with SATA II Interface.ESATA: It stands for External SATA which uses more strong connectors and increases cable length of up to 2 meters.MSATA: Mini SATA is applicable for Netbooks and some other small devices that require smaller SSD’s. It’s very much similar in appearance to a PCI Express Mini Interface and both are electrically compatibleSATA Express: SATA Express is a computer bus interface that supports both Serial ATA and PCI Express storage devices, initially standardized in the SATA 3.2 specification.

DIMM (Dual in-line Memory Module) slots are the connectors where your RAM goes in. One slot can take only one RAM. Your motherboard may have anywhere from one to eight DIMM Slots.
Well, that’s it for this Best Gaming PC Under 30000 Guide, I think we have discussed everything you need to build a Gaming PC under 30000, if not then feel free to comment down below. Have a look at the more Gaming PC Build Guides below:

It’s always better to get your pre-built Gaming PC from a trusted brand only. As they will be the best in Performance, Looks, and warranty also. Here are the best Custom PC Build BrandsMust note Custom PC Build brands:AlienwareThermalTakeMSICyberPower PCSkyTechCorsairDellMain GearNZXT